mumu is an album about a room with a view.

Pictures of windows are a common photographic thread from Atget on. It feels like there’s something intrinsically photographic about them. There’s the framing of course, but something more. I always thought that as I photographed windows. Much of my early work involved either looking into or out of interior spaces. Nature was often reflected in the glass. The Uses of Would (below) was the first work where I identified those interior spaces, homes, studios, darkrooms or galleries as cameras and their windows as lenses. The 20 foot long photogram was produced at the Western Front Gallery in Vancouver during the summer months of 1988 to be shown in that space that fall. A series of Camera installations which produced photographs made on site followed including Angel Chaser for Working in Brooklyn at The Brooklyn Museum, 1990.

Rooms are Cameras. Windows are Lenses. Sometimes the lights are on. Sometimes not. 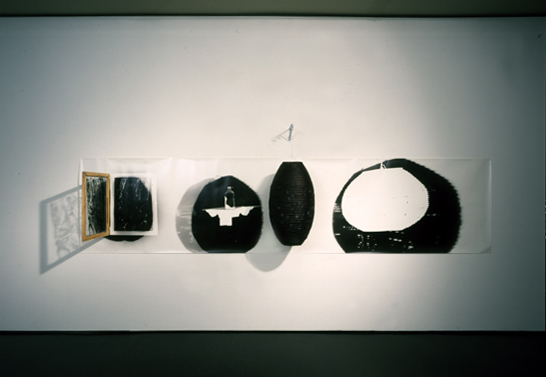